Hitting the Wall: What Is It and Can You Avoid It?

Hitting the wall is synonymous with marathon running disaster. Usually happening around mile 20, this is when runners often feel they can’t go any farther as their glycogen stores are depleted and they feel exhausted. The good news, however, is that hitting the wall is definitely not unavoidable, and that there are ways to train your body to sustain intense exercise beyond the fabled 20-mile marker.

What is hitting the wall and how can you avoid it on your run? Hitting the wall means being too tired to go on – also known as “bonking” – and typically involves a sharp drop in energy after a long time spent on your feet. But it doesn’t happen to everyone, it might not occur at the same time, and it can definitely be avoided.

The runner’s wall is a very real feeling that marathon runners find out about in training and reference quite reverently. Usually occurring around 20 miles into a marathon (26.2 miles long), depending on the speed you run at, this is when your accumulated glycogen reserves tend to run out and you’re left feeling devoid of energy. Most likely, this energy issue then turns into feelings of panic or disappointment, a general loss of motivation and a very difficult stretch of the run left until the finish line.

To understand why this happens, we need to go through a very basic running nutrition guide. 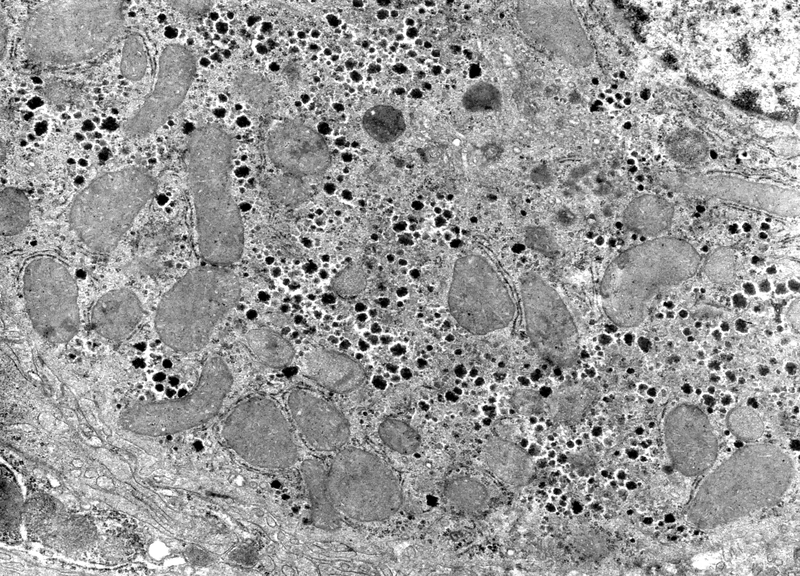 The energy reserve that runs out when you’ve been out for a significant amount of time or running at higher effort levels than you may be used to from training, is made up of stored glycogen. When we eat carbohydrates, our body transforms them into glucose (a form of sugar), which is then consumed for energy. The glucose changes into glycogen, which can be stored in the liver and muscles.

The important thing to note is that we have limited capacity to store glycogen, and this is why we sometimes need to rely on fat stores or take in new sources of nutrition while on the run, to avoid complete glycogen depletion. Research has shown that more glycogen is used, the more intense the level of exercise: at rest, muscle glycogen is used in 15-20% of energy production, while running at c. 55% of your maximum intensity will use up as much as 80-85% of your glycogen reserves.

Can You Replenish Glycogen During the Run?

It’s absolutely possible to help your body refill its energy levels during the run. Research from Bath University has proved that, when exercising at race pace, over 90 minutes, glycogen stores go down more quickly than during an easier jog. It has also shown that runners should look to develop a carb approach to prevent complete bonking: through moderate carb loading before the race, and through taking on additional carbohydrates during the run.

Low liver glycogen stores are linked to fatigue and low blood sugar levels, so by using some carb drinks or another carb source like gels or easily digestible energy bars, you will top up your source of energy and be able to keep going for longer.

When do Runners Hit the Wall? 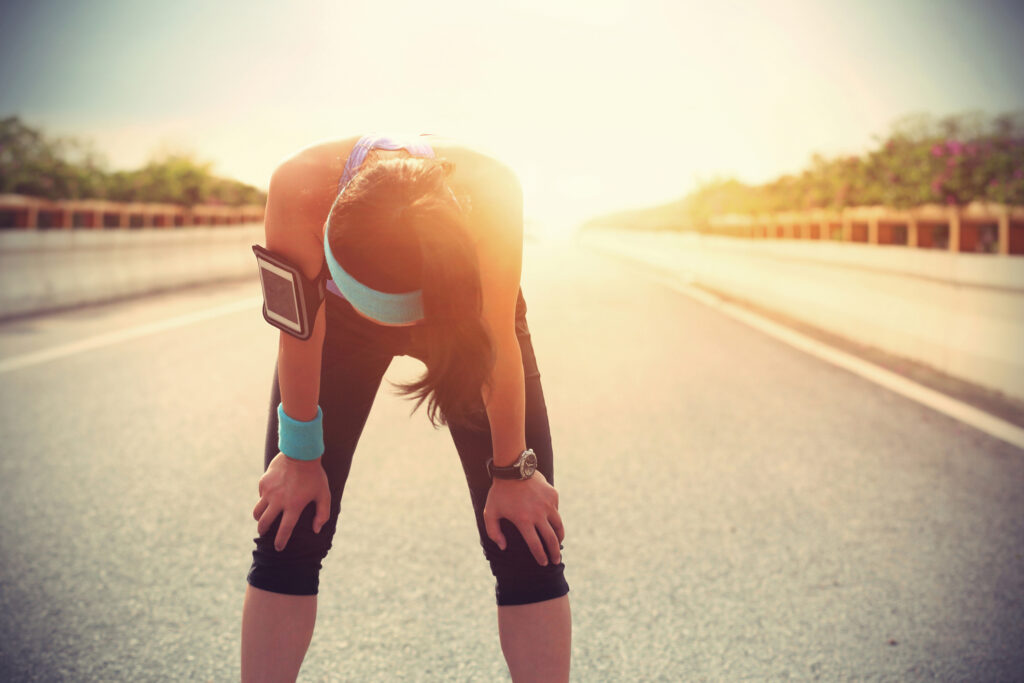 Hitting the wall has long been associated with the mile markers between 17-18 and 20 in a marathon. As road marathons have become more popular as a target for non-elite runners in recent years, more and more of us lace up our sneakers and train for the 26.2-mile distance, usually as part of a big city event that draws a large crowd and creates a festival-like atmosphere.

Road marathons are great to train for,  but, during the training program, most runners will only do one or two “long” runs of no longer than 20 miles. This makes sense and builds up your training volume gradually. However, on race day, as you need to go that extra bit longer to reach the finish line, you are overreaching and trying to access all your energy stores, while possibly going through all the physiological and psychological steps associated with marathon running for the first time. This is when the risk of “bonking” or “hitting the wall” appears.

Caused mainly by the lack of energy, the wall therefore appears when we reach the distance and duration that we’re the least familiar with during a run. However, it can also spring out of nowhere for someone running a 10k who hasn’t fuelled properly or gone out too fast. The wall comes up once, twice, or maybe several times during an ultra-marathon, too! “Luckily” for those runners, they’re usually trained to use additional reserves of fat for energy and they have the “luxury” of stopping in well-stocked aid stations where they can eat and rest before continuing on.

So, just because it’s been made popular by marathon runners, remember that hitting the wall can happen any time, on any distance.

What Can You Expect When You Hit The Wall?

Let’s recap why the wall comes up when you run long distances – a lack of energy. As we’ve said, our body draws energy from glycogen reserves, as well as from metabolizing fat. Primarily, it will go to the existing stores of glycogen during running.

The average person stores around 1500 calories of glycogen in their body, and can expect to burn around 700 calories per hour through intense exercise. So, the math is easy: once we run for a bit longer than 2 hours, we reach glycogen depletion.

This will feel like you’re running lower and lower on energy, in addition to perhaps having sore legs from the effort exerted by your muscles. If you’re also unlucky enough to have developed blisters or any other foot issues, then this will create a combination of negative feelings which combined with the feelings of fatigue to get you running slower. Yes, this will affect your marathon time, but it will also make you feel quite unhappy. After all, who wants to be slogging through with a feeling of extreme fatigue and in the knowledge that you still have about an hour left of running to hit your goal?

How to Avoid Hitting the Wall

The good news for all those asking themselves, “How do I stop hitting the wall?” is that there are solutions to this metabolism dilemma!

We’ve just covered the way glycogen reserves are used up during running, but glycogen can be topped up and we can also teach our body to use other sources of fuel, such as our fat stores. Getting efficient at accessing a quick carbohydrate source during a race and training yourself through long runs to diversify your sources of energy will potentially give you access to almost unlimited fuel for running long. 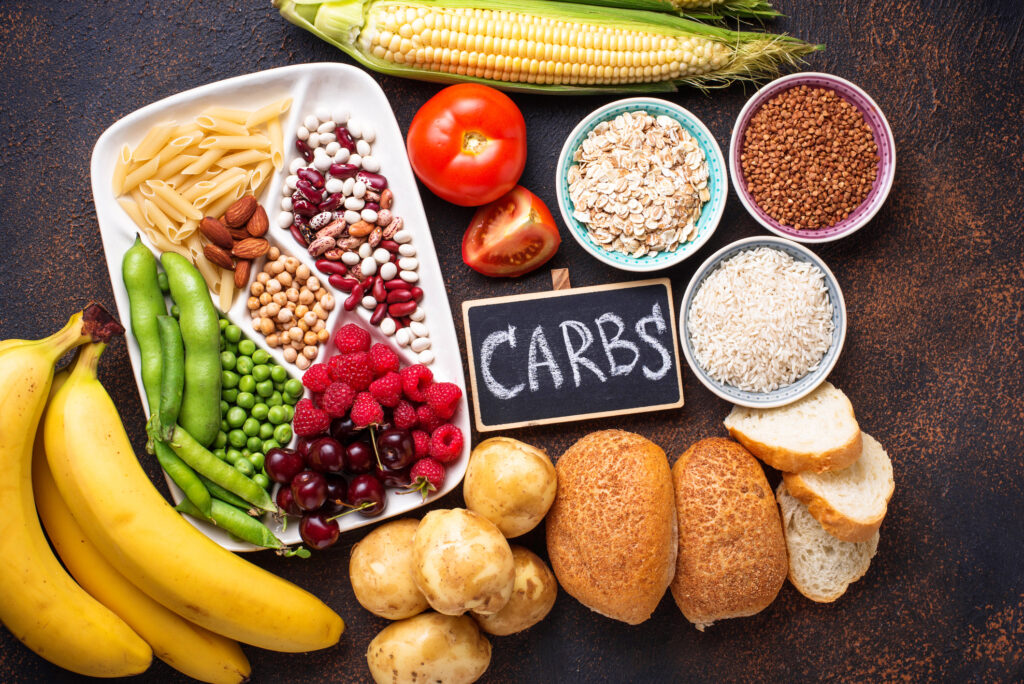 Firstly, the carbs: world champions and record holders like Eliud Kipchoge swear by ingesting an additional 60 grams of carbohydrates per hour during a race. More recently, scientists are discovering that you can go even higher for optimal performance. While this certainly applies to those elite athletes who train their gut to digest and use up more and more carbs, most runners can get away with a combination of the “traditional” carb load pre-race and a controlled intake of energy gels, sports drinks or easily digestible bars at some point during the race (depending on the distance, time you take, and fitness levels).

Carb loading used to be a well-known approach to fuelling before a big event, but research has since shown that eating huge amounts of pasta the night before doesn’t actually do the trick. Instead, runners should eat balanced meals with carbs and protein for the full week beforehand, so that your gut processes everything correctly and you avoid any GI (gastro-intestinal) distress. Moreover, eating a big meal the night before a race will leave you feeling bloated and sluggish, so make sure you try and test a pre-race meal that allows you to sleep well and wake up feeling good.

During the race, how much and how often you eat depends on your pace, training and fitness levels. If you are going to take around 4 hours to run a marathon, then you will need to top up your glycogen levels with easily digestible sources of carbs after at least the first hour. The sources of carbs and how much you can ingest and access for energy vary widely. Without going into the science in detail, it suffices to say that you should try some form of sports nutrition and/or real food during your training long runs, see how they impact your energy levels, and replicate this during a race.

Through long runs and progressive increase of your running volume during a structured marathon training plan, your body learns to adapt not just to the duration and intensity of exercise, but also to the energy demands during these long days. In turn, it will learn to access other sources of energy, such as our fat stores. By adding these onto the glycogen stores, you become more efficient and are less likely to hit the wall.

This aspect of run training involves gradually increasing your weekly mileage and your long run duration. It also links in with research that shows that polarized training, where you do most of your training runs at lower intensity (80% vs 20% at high intensity), is better for endurance performance. This 80/20 method has been applied successfully for elite marathon runners as well as recreational runners at all levels, helping their metabolism learn to use fat as fuel and giving them energy for longer, building endurance.

Overall, the “wall” doesn’t absolutely have to come up during your running, whether you do a road marathon or 100 miles off-road. Hitting the wall is the expression we use to refer to running out of energy and struggling to finish a race, but this occurs usually when runners haven’t trained well enough for the event and haven’t fuelled properly. With the right carb approach that keeps your energy levels up, and with a good varied training block behind you, there is no reason to hit the wall on race day. 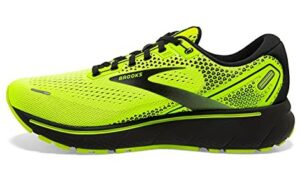 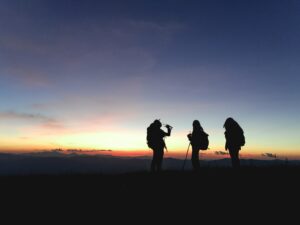 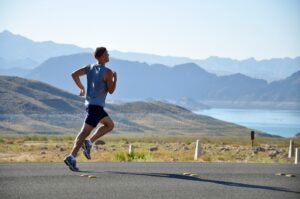 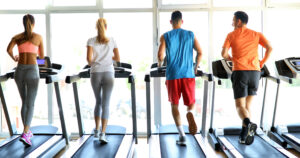 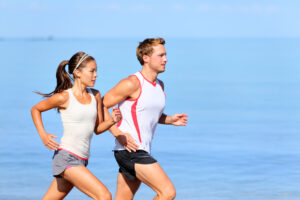 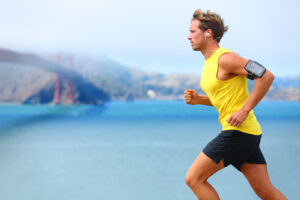