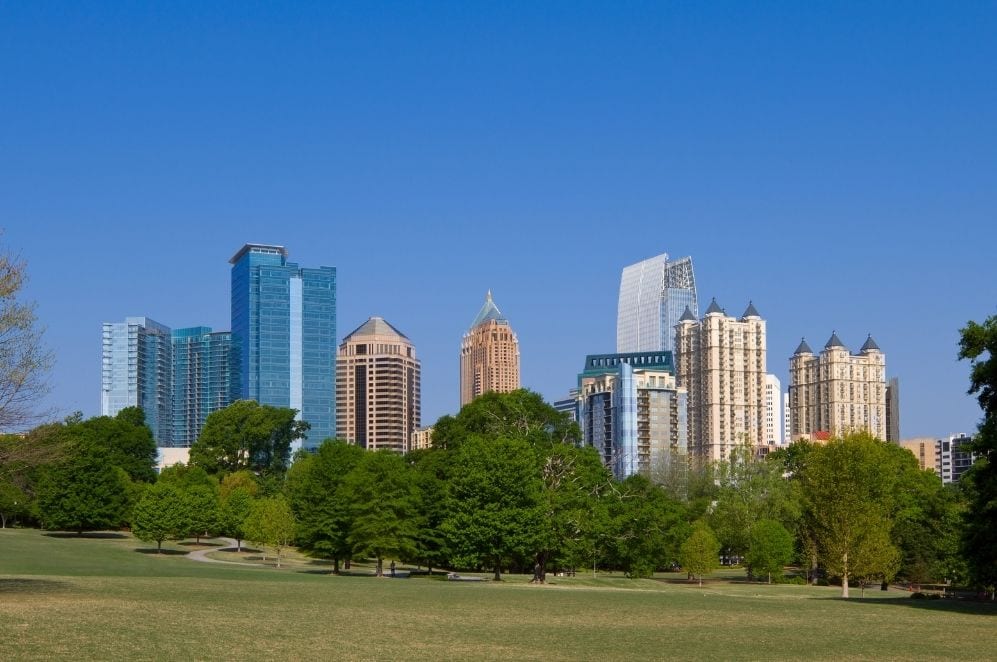 Atlanta is one of the largest cities in the United States and is home to its ninth-largest metropolitan area. It is located among the foothills of the Appalachian Mountains and has the highest average elevation of any major city in the eastern half of America.

With its fast-growing, diverse hub of businesses, museums, and even skyscrapers, it might seem difficult to find adequate running trails in Atlanta. But despite the city’s urban development, 48% of Atlanta is covered in tree canopy, truly making it a “city in a forest,” which means that every running trail is scenic and picturesque.

There are many options for paved running trails in Atlanta, giving you many choices for level trails or a run with more hills. Most of these trails are middle-distanced, but there are options for shorter or longer runs as well. 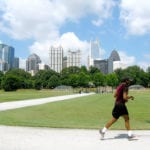 Piedmont Park is an Atlanta landmark, and this 4-mile running trail is a popular favorite for getting to see the area. The trail has some rolling hills but is fairly steady-paced and mild. 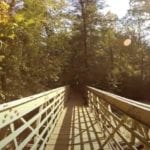 This trail on the Chattahoochee River banks is a beautiful scenic route that runs over hills, through Rottenwood Creek, and even to a waterfall! The path is 3.6 miles round trip, so this is a great option for a middle distance run or a shorter run if you don’t double back around. 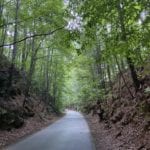 The Silver Comet Trail is an excellent option for any runner, from a beginner to a long-distance expert. The route is entirely flat and spans more than 60 miles, meaning you can start and stop at any point on this trail that goes on for miles. 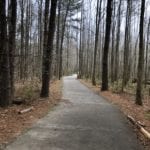 Another scenic route, the Suwanee Greenway Trail, runs through a wetland that will make you feel like you’re out of the city entirely. The route is 6 miles round trip and level, making it great for a leisurely jog.

If you want to feel like you’ve left the city, try running on one of Atlanta’s gravel or dirt trails! These are shorter to middle distance runs and are great options for a change of pace if you’ve had enough of the paved trails. 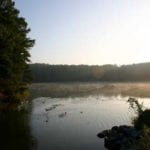 This dirt trail is an easy, level run with beautiful views. The route is 2 miles round trip around a lake and through a small forest, which is great for a quick run with lots of scenery. 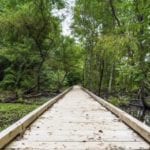 The Cochran Shoals Trail is a popular trail on the Chattahoochee River with level gravel trails that span for 3.1 miles round trip. With a view of the river and its meadows, this is another great option for an easy, beautiful run.

Things To See in Atlanta

Other Places to Run in Georgia