Brooks Ghost vs. Adrenaline: it’s a matchup as fierce and hotly-contested as Ali vs. Tyson, Coke vs. Pepsi, blue-and-black vs. white-and-gold.

Okay, that may be a bit of an exaggeration, but you get the idea.

Seriously, ask a dozen dedicated runners which model they prefer, and the answers you get will likely be split right down the middle. That’s because both shoes represent a distillation of nearly five decades of industry-leading footwear manufacturing experience, and you can’t argue with experience.

But when your hard-earned money and joint health are on the line, there can only be one. Let’s break down the strengths and weaknesses of each line and decide once and for all which deserves to be recognized as the company’s top dog.

The Ghost is a great-all-around line of neutral shoes for runners who prize balance and performance over all else.

In keeping with the company’s philosophy of simplicity, there are no frills or surprises to be found here: just quality construction, top-tier cushioning, and a smooth, responsive ride that’s sure to delight novice and veteran road warriors alike, particularly those who have a propensity to strike with their heels.

Together, these attributes put Ghost a step ahead (no pun intended) of many of the other entries in Brooks’ catalog and have won them favorite status among neutral runners everywhere. You’ll feel the difference from the moment you strap them on.

The Adrenaline line is all about support. Like its sibling line, the Ghost, the Adrenaline line emphasizes comfort and durability. However, its unique core design is tailor-made for runners who tend to overpronate or roll the ankles inward upon impact. As such, the shoes in this family could be considered part-trainer, part-corrective aid.

Adrenaline offers the same responsiveness and sense of freedom as Ghost but with the added security of Brooks’ GuardRails holistic support system.

The twin heel shanks bolster support around both edges of the rear foot to stabilize the ankle and prevent both form-related injuries and long-term wear-and-tear. The result is a rock-solid daily grinder that overpronators and athletes who suffer from persistent knee pain can put their complete confidence in.

How do these two concrete combatants stack up to one another in the ways that matter most? To find out, it’s necessary to compare them piece by piece, feature by feature, quality by quality.

First thing’s first: what new features do the latest models in each line, the Ghost 13 and Adrenaline GTS 21, bring to the table?

The most significant modification to the Ghost 13 is that the pillowy DNA LOFT cushioning system now extends through the mid and forefoot where it once favored the heel, producing a softer, more forgiving stride than any Ghost that’s come before it.

Brooks has also made some minor, aesthetic tweaks to the mesh uppers and outsole, though these are barely noticeable and don’t affect the shoe’s performance in any way.

The GTS 21 laces up more securely and hugs the heel more snugly than the GTS 20 while strategically incorporating extra padding in choice areas to minimize vertical friction. And, having trimmed down 5g since last year, it’s the leanest, meanest Adrenaline model yet.

Outsole construction isn’t likely to be too much of a concern to most recreational runners, but it’s safe to say that the Ghost and Adrenaline models rate somewhere between “good enough” and “exceptional.”

Semi-hard rubber outsoles armor the undersides of the latest and greatest Ghost’s and Adrenaline’s, with blown rubber in high-impact zones like the heel and midfoot. Pretty typical, as far as running shoes go. Both shoes also retain the relatively steep 12mm drop of preceding models.

The outsoles are segmented and textured for superior traction and feel nice and grippy on various surfaces, including slick troweled concrete and stone. No fundamental differences exist between the two in terms of appearance or performance. This one’s a draw.

To enhance user experience and treat dedicated runners to long-lasting, joint-preserving comfort, the sneaker scientists at Brooks have developed what they call “DNA LOFT technology,” which is just an impressive-sounding way of branding their proprietary midsole cushioning.

Unlike the vast majority of running shoes out there, which rely on a layer of EVA foam to deaden impact, Brooks’ patented cushioning solution is comprised of EVA foam, rubber, and air. The latter two components improve the durability of the midsole considerably and help ensure that the shoes don’t get too heavy.

DNA LOFT crash pads come standard in both the revamped versions of both the Ghost and Adrenaline. Some runners claim not to tell the difference between the DNA LOFT pads and regular EVA midsoles, but others report that temperamental areas like their feet, ankles, knees, hips, and back feel relieved after longer runs. That’s no small thing.

At 10.6 ounces (300.5g), the Adrenaline GTS 21 weighs ever-so-slightly more than the Ghost 13, which weighs in at an unremarkable 10.1 ounces (286.3g). This is primarily due to the addition of the GuideRails support system, a pair of rigid heel flanks that promote knee health and proper running form by fighting involuntary overpronation.

These days, more and more runners seem to subscribe to the belief that lighter is always better. While neither of these shoes is exactly weightless, it’s essential to keep in mind that heft and protection usually go hand-in-hand. That’s a good thing in this reviewer’s opinion, especially once you power past the 10- or 12-mile mark.

In short, the Adrenaline is a smidge heavier, but probably not enough to affect your performance in any perceptible way. Chances are, you won’t even notice. But if featherlight sneaks are your jam, the thinnest of edges goes to the Ghost.

Both the Ghost and Adrenaline feature Brooks’ patented DNA LOFT crash pad cushioning system, which, as of this model year, underlies the entire length of the footbed. The company calls them the most comfortable shoes they’ve ever made. Customers appear to agree, by and large.

Consequently, both shoes are ideal for protracted pavement-pounding sessions, including long-distance events like 5ks, marathons, and triathlons. Since the cushioning stretches from the heel to toe, it provides just as pleasant a landing for heel strikers as for runners who tend to make contact with their mid- or forefoot.

As a bonus, the responsibly-conceived BioMoGo technology that comes standard in newer versions of the Ghost and Adrenaline allows the midsole to break down 50 times faster following disposal. Who doesn’t want to help save the planet?

One benefit of the Engineered Air Mesh that makes up the uppers of the Ghost and Adrenaline is that it permits plenty of airflow. Regardless of which shoe you pick, your feet are guaranteed to stay cool and mostly dry throughout even the most sweltering slogs, assuming you don’t accidentally step in a puddle or get caught in a freak downpour.

As mentioned, both of these shoes come with quite a bit of cushioning, so they’re comfy enough for longer outings without compromising responsiveness.

Heavily cushioned runners admittedly aren’t for everyone, but the fact that both of these shoes have a luxurious foot feel can’t be disputed. The springiness and impact resistance of the DNA LOFT crash pads give you the confidence to crank it during intense workouts and don’t leave you with blisters or sore, achy arches the way more minimalistic shoes sometimes do.

All in all, Ghosts and Adrenalines are equally wearable, and wearable they most certainly are.

Purchasers of the Adrenalines might find that it’s a tad narrower in the toe box than the Ghost, so be sure to factor that in if you have wide feet. Aside from that, we have another stalemate.

As if it weren’t too close to call already, the most recent iterations in the Ghost and Adrenaline lines both come in around $130.

For that, you get a respectably crafted pair of shoes that feels natural on your feet, breaks in quickly, safeguards your sensitive skeletal bits, and will keep you going for at least a few hundred miles—not a bad bargain at all. You could probably even snag a pair for under $100 if you’re enterprising enough, especially if you’re willing to settle for an older model.

The Ghost and Adrenaline have managed to settle into that coveted sweet spot between quality and affordability that won’t have you swearing under your breath when it comes time to replace them.

Fashion being subjective by nature, this one will mostly come down to the wearer’s sensibilities.

One thing I like about Brooks’ shoes is that they’re not as over-the-top as a lot of modern running shoes. Not everyone wants to trot down the street looking like they’re wearing a pair of scarlet macaws on their feet, and the company’s designers seem to get this. Their designs are understated but undeniably sharp.

The Adrenaline does feature a few more non-functional design elements, like shadowy swatches, busy textures, and eye-catching contouring, so maybe go with the Ghost if you like to keep things classy.

And the Winner Is…

In the struggle for sidewalk supremacy, which shoe emerges victorious: Ghost or Adrenaline?

The answer is neither, per se.

Disappointed? Don’t be. The fact that there isn’t a clear favorite here means that both models are well worth the miles you’d be putting on them. By familiarizing yourself with the subtle differences between the two, you’re more likely to end up with a pair that suits your anatomical needs and personal preferences as a runner.

Bottom Line: Thanks to Brooks’ tireless commitment to engineering high-quality running shoes, this is one battle you can’t lose.

If you’re in the market for a workhorse neutral trainer that achieves blissful harmony between comfort, durability, style, and value, you’d be hard-pressed to do better than the updated Ghost 13. If, on the other hand, you’re an overpronator who needs a little extra support from underneath, the new-and-improved Adrenaline GTS 21 is the shoe for you. 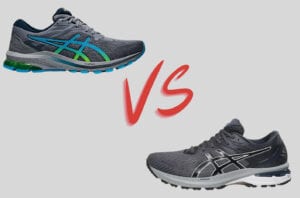 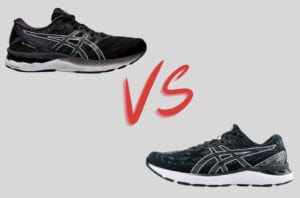 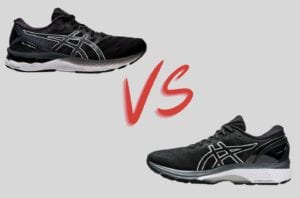 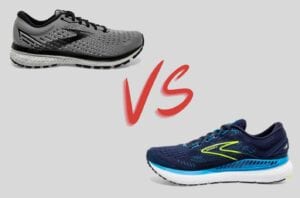 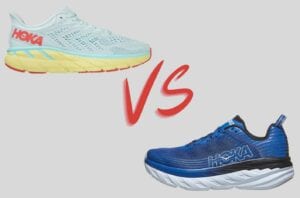 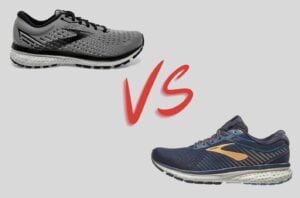 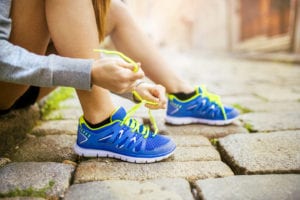 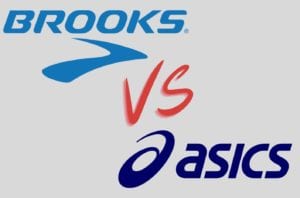 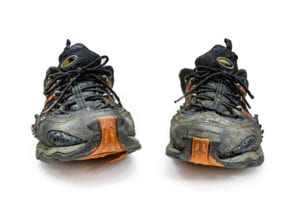